THIS REVIEW IS SPOILER FREE. WARNINGS WILL BE GIVEN FOR ANY POTENTIAL SPOILERS.

After a late night showing of seeing Batman v Superman: Dawn of Justice, I walked away thinking it was better than what I expected. Sadly, that’s because I walked into this movie assuming it would be terrible. I didn’t assume this because of the bad reviews it was getting, or because I have a deep love for Marvel, but because of what seemed like a not-so-great looking movie the trailers showed off.

I enjoyed the movie, and wanted more of it, but I felt that way the entire time leaving me disappointed by the end. By all means, this is a very long movie, but even then if feels like things are left empty sometimes. The plot itself is moderate and sometimes very far fetched, but it takes some turns away from something really cool to develop something for the future movies in this franchise. That’s not always a bad thing, but it started cutting way to much into the experience I am supposed to be enjoying in the now.

The movie is about 2 years after the events of Man of Steel. Superman is the renown hero that everyone loves, and Batman has been a vigilante in Gotham for nearly 20 years. Unfortunately, their conflict doesn’t feel genuine at any point. A good portion of the movie leaves me wishing that this movie was split into 3. One would be Man of Steel 2, one being a Batman standalone, and then an individual fight/team-up movie.

Superman is a very basic character but Batman just leaves me constantly wanting more. Maybe it’s just my bias of loving Batman, but this isn’t a brand new Batman. This Bruce Wayne (Keep in mind, this next statement is not spoiling anything, all of this is given in the trailers) has fought the Joker before, and his Robin has been killed. Batman isn’t a new figure, but a long standing hero in Gotham. Despite what others say, I loved Batman in this movie, but he just wasn’t satisfying. Not to mention the “no killing” rule does not exist anywhere in this movie. This Batman uses a chain gun to pretty much slaughter bad guys at one point. 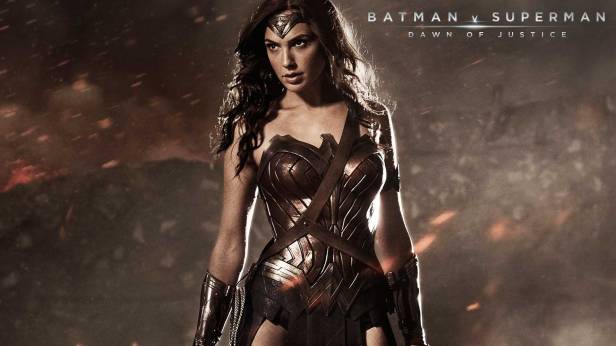 By all means if you’re a DC fan, go watch this movie and enjoy all the unique little references and teasers this movie has to offer. Even little “property of S.T.A.R. Labs” prompts on videos are fantastic to spot. As a movie, this one falls a little short, failing primarily in the fact of characters that aren’t fully developed and need their own movies. Wonder Woman is introduced and played out very well without her own movie, but the same cannot be said of Affleck’s Batman.

As part of our ‘What About It?’ reviews here at STG, here is my suggestion in terms of this movie. Go see it once in theaters, and enjoy the good things it has to offer. From there buy it when it comes out if you like super hero movies because it’s a good movie when the characters are played out well, but falls short when they’re more or less thrown together. Overall I think it’s definitely worth seeing, but don’t expect the Avengers.

You can check out the trailer here below: